…And this is nothing to do with Old Trafford or Ronaldo

Last week’s ‘Sting’ hit a few raw nerves especially when we highlighted how our 10-team-leagues, and the constant economic churn our format brings ensures that “The future of our game has become a casualty to the present’.
If fans can so easily see that why can’t the clubs and the SPFL?

This week we’re still reeling from an indifferent Scotland performance against a very good Danish side but the biggest story in town is Covid which once again is threatening to wreak havoc.

1. Stevie, We Really Need to Turn Up at Hampden and Ernst Happel

We just didn’t seem to want to be in the ‘Tella Parken’ last Wednesday.
It’s not been a good run however you look at it.

4 big games in a row have seen us play well against a good England side but the hard facts are only one goal and one point out of 12.

Against the Danish, the gap between the sides was as wide as TV’s famous Oresund Bridge, and left me looking for the intuitive insights from Saga Noren too.

Last night I also watched England thump a good Hungarian side with a wonderful home record and not just ignore the racist intimidation but also look like a very good, very settled team.
More like a club side than a national select and that is a credit to the stability Gareth and his team have brought.
That takes time and input.

It got me thinking, how come our players can play against and match these English ‘stars’ week-in week-out but somehow can’t bring that to our national side?

Anyway there is always tomorrow and as it happens that will bring Moldova who have fallen from their best Fifa position of 37th in the world to 175th.
They could still be our banana skin.
Tuesday then sees us at the Ernst Happel Stadium for a tougher, on paper, opponent ranked 23rd.

Both on pay-per-view tv unlike our nearest neighbour whose internationals are free on council telly for their fans.

Today in some of the back pages Ian Maxwell is also having to justify why he had already extended Stevie’s contract till 2024 rather than waiting till after next Wednesday when our qualifying likelihood will be clearer.
Ian said, ‘It was a board decision to stop Stevie being poached by a club’.
Fair enough, Maxie.
When you have a good-un support him.
Hold the faith.

2.Do we Want the World Cup Every Two Years? 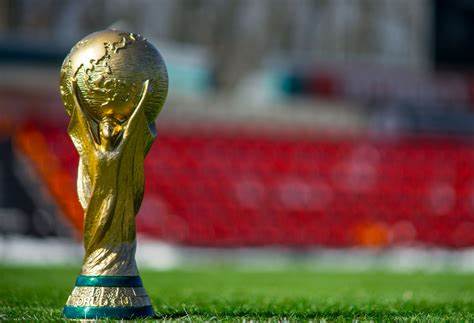 I know we probably wouldn’t be there playing, and it would also mean no biannual Euros.
And yes this is about the constant power play politics between Uefa and Fifa but is it a good idea?

Not that what we think matters, but this week Arsene Wenger, of Arsenal fame, now at Fifa told us that Nepal, Sri Lanka, Maldives, Bangladesh, Mexico and Costa Rica are on Fifa’s side and favour and want a two-yearly world cup.

The football world is changing, and the simple fact is the World Cup generates profits.
Big profits and Fifa garnering support.

The more the normalisation of racist behaviour is challenged the less places it will have to hide.
This week we had our own wee episode under a tunnel in Glasgow and have been told that three Rangers fans have since been charged for ‘anti-Irish Racism’, not our oft-used softener, ‘sectarianism’.

On ITV, you just knew from the past that ‘stuff’ would break out at the Hungary v England game when the home fans announced their intentions by booing the English team ‘taking the knee’.
There were also ‘Monkey Chants’ when Sterling scored and sporadically afterwards.

Hungary has ‘previous’ and were under a three-game crowd ban but world cup qualifiers are under Fifa’s control and ridiculously the ban didn’t stand.
How stupid is that?

I hope Fifa now throw the book at the Hungarian FA and that Uefa and Fifa unite for once.

Gareth Southgate’s post-match words are appropriate for us all, ‘The world is changing, and those people stuck in their ways of thinking and their prejudices are going to be the dinosaurs in the end’.

We haven’t had one of these for a while, but suddenly we find ourselves at a multi-option crossroads and the choices made will affect us, the fans, and our game.

The problem is nobody knows what the virus will do so we’re all trying to hit a fast moving pinata, blindfolded, in the dark.

We do know however that one of the options and in some ways the easiest will always be lockdown.
But it screws our economy.
That thought this week has sent a scare running deep at Holyrood because this opportunistic virus has a mind of its own.

Let’s start with some new ‘Covid Corner’ background information then talk about how it might affect our game.

Update
We all know of the virulent Delta strain but there is also now a new covid strain, the Mu, (B.1.621) that originated in Columbia, was in over 39 countries by last Monday and has already 55 confirmed cases, and growing, in England.

It is particularly feared because some scientists think it may be existing-vaccine resistant.
It is coming our way.

In the meantime, back in Northern Blighty, we still have mostly the Delta variant and little or no Mu yet but the Delta is spiking with the highest numbers we’ve seen so far.

Jason from ‘Off the Ball’ hopes it might be stabilising but doesn’t actually know.

Our spike may simply be a direct result of the kids back at school 3 weeks ago because English figures don’t match ours, but it is causing concern.

English figures are lower just now but that doesn’t mean that Westminster is happy and there have been ‘planted’ rumours of the introduction of ‘vaccine passports’ south of the border to help manage the anticipated rise of covid into and through the approaching winter period.
So it looks like ‘Vaccine Passports’ are coming across the UK just like they are, already in many other countries.

On Wednesday afternoon the Scottish Government announced that they were now considering ‘covid passports’ and that initially they would be used in various indoor and outdoor places including night clubs and football grounds with crowds over 10,000 which would affect our biggest, and most powerful senior clubs.

This all sparked a media frenzy and most of it was and still is about the ‘politics’ of the passports.

Neil Doncaster, the under-pressure CEO of the SPFL, came out fighting on behalf of his affected members.

If you missed it this is some of what he said.

‘To be hit by this announcement without detail has caused surprise and consternation.

There are a significant number of questions and concerns.

We are reaching out to the Scottish Government to answer those questions.

Our expert advice says the risk of infection at outdoor events is low’.

All fair points and Neil is clever enough to be looking to negotiate a Scottish Government funded financial package to cover any related costs to his top clubs.
That would get him a gold star.

The ‘JRG’, Joint Response Group, of which Neil is an active member then came out and echoed Neil’s statement asking ministers to provide ‘more detail’.

(I found that ‘more detail’ bit particularly rich.
If you’re new to my blog, the JRG are a secretive football and government covid-response entity with no public records even when dealing with the Scottish Government and with taxpayers’ monies and are thus well adept themselves at not providing ‘detail’ to their stakeholders. They also failed to fight the corner for their smaller members during lockdown until there was a veritable revolt and football broke out in our lower leagues.)

Anyway, while harvesting Neil’s quotes, I came across an interesting letter in in today’s Herald.

It is a response to the SPFL’s reaction to both the idea and the implementation of ‘vaccine passports’ from a John O’Boyle.

“In response to Neil’s reported ‘surprise and consternation’, I am a season ticket holder at Celtic Park and can count on one hand the fans wearing masks. No one is challenged by the police, stewards or the club.
It is the same at all grounds. I think Mr Doncaster needs to ensure Scottish football gets its own house in order before crowd limits are reduced or our stadia closed to fans”.

In the media frenzy, as stuff happened fast, I also guested on a couple of radio shows.
I said that ultimately if it came down to a Hobson’s Choice between fans having to have vaccine passports or empty grounds and lockdown, that fans would pragmatically choose the passport option.

I also said that that was me speaking and that we would undertake fast fan research to see if this was indeed the mood in the camp.

We All Have Views, Please Tell Us What You Think

This weekend we are undertaking a very short survey asking Scottish fans for views on the options we face.

Please fill it in – it will take less than 2 minutes, enough for Denmark to score two goals or even better for Scotland to score three in Austria next week.

Glasgow City drew 1-1 with Servette the Swiss champions this week and want a big crowd to help see them through into the big league.
KO is at 3.10 pm on Wednesday at Broadwood Stadium Cumbernauld and tickets are available on the Glasgow City website.