The big story of the week should be Stevie and his boys but instead it’s the Vaccine Passports (VPs) heading our way.
Some of you even think our beleaguered SPFL head is using his coordinated opposition to ‘VPs’ as a way to show just how much he is fighting the financial corner for Rangers, who are not his biggest fans, and the other 4 big clubs who will be most affected.
Our fans’ VP survey is also published, thank you all, and it confirms fans prefer ‘VPs’ to being kept out of grounds.

It will never be easy but a poor-ish and narrow win over Moldova and then a fighting and narrow victory in Vienna means that a play-off place is now ours to lose.
Three successive ‘cup finals’ coming up, one at home against our bogey team Israel, another home match against the Faroes, a difficult away date in Moldova and then a home game against Denmark where we will almost certainly need something.
But then if we keep winning, the play offs are not easy, with 4 teams contesting each spot.

It can be done and Raducanu has maybe shown us how, but it means winning 5 out of our next 6 ties with the final 2, over 2 legs.

Last week we agreed when you have a ‘good-un’ support him and hold the faith.

Lady Fortune has also given us the best squad for a long time, but it’s Scotland and will never be easy. 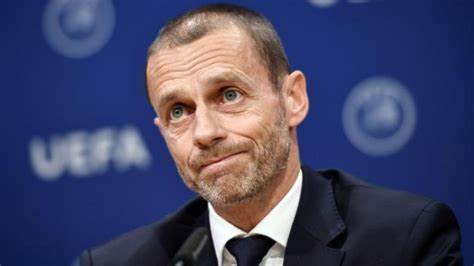 2. Uefa and Fifa Squaring Up with Money and Power at Stake?

Sandy Ceferin, Uefa’s head, who you may recall successfully bullied and squeezed most original host-countries, including us, into allowing enough fans to drive his Euros 2020 into the black, is now on the campaign trail again.

He sees his cash-cow, The Euro’s, being threatened by Arsene Wenger, Fifa’s head of global development who is selling plans for a biannual World Cup to anyone who will listen

Sandy C has come out fighting in the press with words like ‘This will Kill Football, Clash with a Women’s World Cup, Clash with Olympics’, and maybe the most telling, ‘I didn’t get a letter or anything, they didn’t come, they didn’t call, I just read it in the media’.

So he’s angry and pissed-off too.

And now like in all good ‘turf-wars’ both sides are lobbying member countries hard and anyone from within who will take sides.

Yes, there is a decision about whether a biannual world cup is a good or a bad thing for our game coming and maybe overdue too but for now this just shows how far apart the two organisations are and how vitriolic this spat will become. 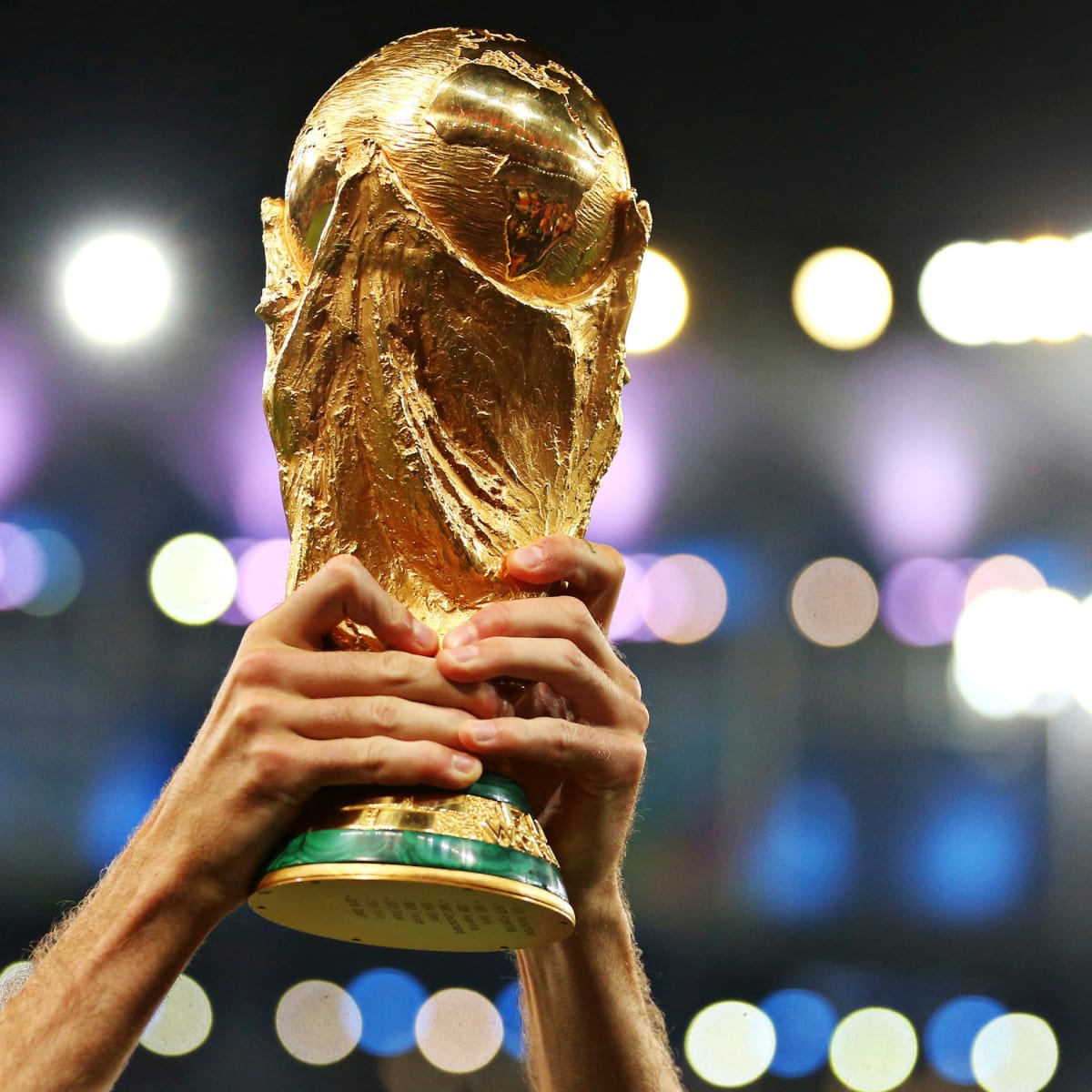 I don’t actually have a view yet because I don’t know enough about the detail or the options.
I have read claims how the World Cup every two years would have a greater impact and be more negative on players and leagues, but I can’t work out how it would be any different to having an extra  World Cup instead of the biannual Euros.

I like the World Cup and always have and wouldn’t mind it every second year but I enjoyed the recent Euros too.

The World Cup is getting bigger and bigger and maybe it has to find a different path.

Because they are always about money and power and most of what happens is behind closed doors.
We only ever seem to get fed soundbites when ‘they’ want something.

This Uefa/Fifa tiff is like our constant SPFL vs SFA attrition only ‘writ extremely large’.

And as per normal, nobody has asked or even thought about what the fans think.
And while it might be portrayed by Arsene as ‘for the good of the game’ there is no evidence to see it as about anything other than media dollars and profit.

Already, with the two protagonists now squaring up, the other usual suspects are piling in to take sides with the PFL, EFL over the border and the SPFL backing Uefa.

Talking it over with a few guys this morning I think we’d all like to see more information before any big decisions or ‘call to arms’ takes place.
Just think what that kind of approach might have done for the Highland Clans before Culloden.
A lot less bloodshed that’s for sure.

Change might indeed be a good thing.
But football also has to stop the strong countries simply getting stronger and stronger because they are becoming richer and richer by playing in Uefa and Fifa tournaments.

Any change like this has to be thought through and sold on the benefits it will bring.

Right now it feels this is being driven through by the money men looking for world-box-office, appointment-TV slots to sell and by the high heid yins at Fifa wanting more power over their rivals, Sandy C’s Uefa.

The ex Man Utd goalie and now Chief Exec at Ajax agree with us that Fifa, Uefa and national football Associations need to be prepared for a player or players walking off after racial abuse from other players or from the stands.

This week he concurred with us when he said ‘walk offs’ are inevitable,

‘Players will take matters into their own hands if governing bodies don’t do enough’.

He is right and it will happen.

Right now, none of the authorities are prepared for it.

Or for what happens next afterwards.

And more scarily it will very possibly kick off in Scotland.

4. Vaccine Passports are Normal Across Europe

But you’d never know that after the tedious vitriol at Holyrood this week and also the ‘disguised’ press releases from the 6th floor.

Let me state clearly that VPs are a hassle that no club or fan wants, and the process will almost certainly come at a cost.

But it is here.
It is coming all over the UK.
It will become the new normal till the next new normal becomes normal..
And football has to manage the process as smoothly as possible.

Last week, ahead of the Holyrood vote, we invited fans to complete a simple 4 question survey and said we’d share the results cross-party which we did.

The ‘scores on the doors’ from around 900 of you when we closed it were: –

We are where we are and our survey tells us that we, the fans, want those around us in grounds to be vaccinated, are marginally in favour of the idea of VPs in principle but will more readily accept them if it is a stark, ‘Hobson’s Choice’ of ‘VPs’ or nothing.
And we mostly think there should be government financial help.

We circulated the research to the political parties, the SFA, SPFL and the media.

The most affected organisation in Scotland will actually be the SRU with 68,000 ticket sell-outs for Murrayfield in November and it is reported that they are already in discussions with the government over a ‘suitable approach’.

Fair enough and I wonder if they have poached Dominic back?

Scottish Football, it seems, tackles problems differently to the SRU.

Yesterday the JRG, Joint Response Group, made up at one time (we have been told in a previous press release) by the SFA, SPFL and the Scottish Government, responded on behalf of football and that means us, the fans.

Anyway, the JRG, whoever and whatever form they are taking now, issued another Press Release ahead of the Holyrood vote through, I have been told, the SPFL’s’ PR agency.

They started by patronising us all and saying ‘Both the Scottish FA and the SPFL wholeheartedly support the national effort to eradicate Covid 19’.
(I’m not sure eradication is either current thinking or remotely possible.)

They also included the possible downside (aka threat) of ‘the risk of health and safety issues and crowd disorder’.
And they suggested a compromise. One that potentially defeats the thinking behind Vaccine Passports while at the same time potentially causing real disorder outside grounds where only certain fans might get ‘challenged’ i.e. picked on when they said, ‘we are keen to explore spot checks rather than blanket inspections’.

Finally they also mobilised their in-house supporters association “SDS” to tell the world about ‘fan’s fears’ of very real ‘inequalities’ at our 5 biggest clubs where fans with season tickets will have additional criteria to see their team.

Not the kind of press release or thinking that will change Nicola’s thinking.

Aberdeen also raised some genuine worries that some season book holders who either choose not to be vaccinated, or lost out in any other way might ask for refunds.
(That could be a downside although most fans didn’t seek refunds after full lock down last year).
Aberdeen said they  feel this ‘VP’ policy could cost them £1.5M which by coincidence is almost the same total as our ‘biggest ever’ 42 club, annual, total, revenue from the sponsorship deal with cinch.

The overwhelming feeling that nobody can argue with is that ‘VPs’ bring hassles our game doesn’t need.

That’s fair.
But so does Covid.

And Melbourne, Australia has this week gone into its 7th lockdown.

‘VPs’ might be the lesser of two evils and nobody can genuinely say their arrival is a surprise.

Alan F took time out of his golf and wrote to me from Carnoustie after last week’s ‘Sting’ and said, ‘The SPFL and their JRG have seen ‘VPs’ appearing all over Europe and had plenty of time for contingency plans. What have they been doing”?
Alan also said,
‘Yes It’s a Mess but Lockdown would be Far Worse’

Agreed Alan and we are where we are and for once it is time to strip out the politics.

Yesterday I was on the Johnny Beattie show with a couple of guys from the nightclub and concert business who have really had a hard and unfair time right from day 1.

Football by comparison has been well looked after.

When it was my turn I said none of this was normal, until it becomes normal and then we have to live with it as best we can.

I also shared our research, praised the pragmatism of fans and said despite it all we were in a better place now than we had been a year ago.

And, Tommy in Elgin, to answer your question I agree.

The JRG and Neil didn’t fight the corner of the smaller members last year as much as they seem to be fighting for the big boys here and now.

Part of it is I think setting up a negotiation position to look for money from Nicola, and there are also the internal civil war issues between Messrs Robertson and Doncaster.
Neil has to be seen to be going the ‘Full Monty’ on behalf of the big 5 here.

Just after Johnny Beattie’s show the vote was announced and as this was all Breaking News Sky Sports’ were next up.

I made the point that there was no surprise in the outcome of the Holyrood vote but that it meant that the die had been cast formally and we had to live with it.
I also said now was not the time for those running our game to play ‘silly buggers’, with the politics but to do the best we can for the fans and our clubs.

That meant a genuine round-the-table approach – like I read today that the SRU seem to be adopting.

It is also reassuring when the BBC and SKY come to your organisation for an ‘independent’ insight into what fans in Scotland really think.

If that attitude spread a little to a certain building in Glasgow, football up here might start looking after the ‘common good’ more often and making progress.