1. Football with Crowds, The New Normal

It’s not been a great week for Scottish Football in Europe but this week has brought what used to be called ‘normal’ crowds to our clubs playing in the Europe qualifiers.
Ibrox was rocking like in the old days but the two extra men in the second half (one was the crowd) may have combined negatively.
Some think that it maybe had a negative impact on the performances of fan starved players.
Psychologists have a theory that when fans cheer for an ‘outcome’ rather than for good play or skill then it impasses anxiety on to some players without them even knowing.

Basically it subconsciously magnifies a ‘fear of failure’ and the current academics theory is that a year of no crowds allowed some players to relax and simply play rather than thinking about the ups and downs of playing to a baying crowd.

2. The Wrong Debate, In Bloody Secret and Foretold by Calum!

The Scottish Football Grand Fromages, aka the SPFL Board decreed this week that the Rangers spat and ‘serious impasse’ over the cinch sponsorship would be quickly settled by SFA arbitration because “it materially threatens the SPFL’s payments to all 42 clubs”.

In this process both sides would make their case with supporting material and be available to the panelists.

These ‘qualified’ individuals, picked by the SFA, who used to be the Scottish Football Grand Fromages in the days of Ernie Walker, would consider the submissions.
A decision would be reached and communicated to the clubs and to the rest of us in the usual controlled press release.

All done in secret apart from those in the clique that holds the power in our game.

Quite different to how this wee internal SPFL Board spat has played out in public so far.

Letters to clubs have been leaked to the press by both sides and there have been briefings aplenty to garner support.
Some Scottish game insighters think this may be about one club seeking regime change at the top.

But to us the problems in Scottish football are bigger than individuals or petty vendettas.
They are about a governance model dominated by self-interest of politically astute members rather than a fundamental foundation of ‘common good for the game and its members’.

This arbitration process and any in the future should simply be in the public domain for all fans to read and discuss.
There should be a clear and concise record of what each party has provided, of the criteria it is being assessed against and how the 3 panelists have come to their decision.
I have an open mind about whether the panelists should be kept confidential or not.

I know of a few who have had their names ‘leaked’ from previous panels and then been subsequently threatened by ‘angry’ supporters from the losing club.

That is a real issue and has to be addressed.

So I’d start by allowing each panel to decide how they want to play it but by publishing everything else except, possibly, their names.

I’ve said it before, and it is worth repeating.

‘Secrecy is a cancer in Scottish Football because it allows those in the know to use it as power over those on the outside’.

On this occasion it also allows the real issue to be ignored in plain view. 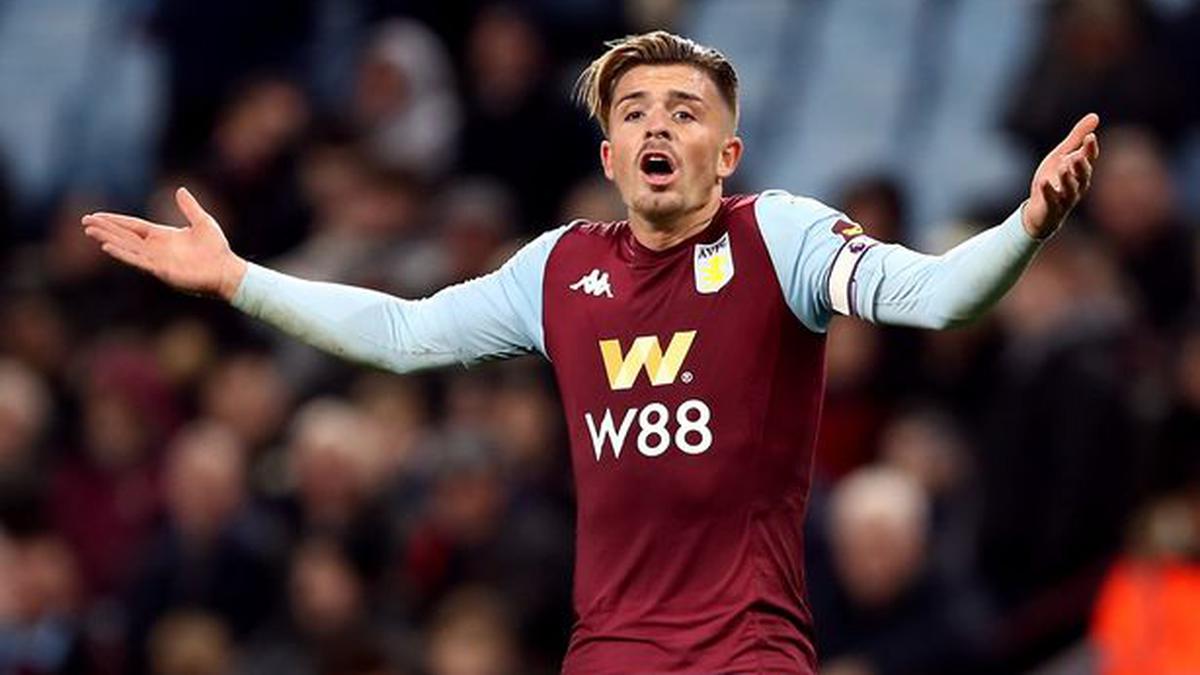 Why did the SPFL sell our game for just £8M over 5 years?

That is less than one workaday player’s wages in the English Premier league and we’re talking pool players not Jack Grealish.

Why are we fighting each other within, and wasting board time, when we should be focusing on what can we do collectively to overhaul our commercial activities?

What do we need to change as a community too, to make our game more sellable?

Calum Kennedy Prophesied What Our Commercial Capability Would Deliver Years Ago

He added words to an old gaelic working tune.
You will have heard them.

It’s a nonsense song that encapsulates the central deals our clubs have had to live off for too long.

Have a listen and it will get into your head.
The words actually mean “thin porridge, sparse and thin, thin and watery porridge’.

Most of our clubs would agree and yes like thin porridge, anything is better than nothing, but please, Sir, we’d like more. Some think there is no need for two organisations and that the SPFL should simply be the commercial arm of the SFA.

This re-amalgamation should be just one of the actions of an overdue overhaul of governance where football is run for the clubs not by them.

This movement is happening big time in England with government backing.

In the meantime, we await the SFA /SPFL press release telling us that Rangers have been told to ‘toe the line’ and embrace cinch.

But our civil war will rumble on and without change. more worryingly, there will be increasingly thinner porridge into the foreseeable.

3. Snr. Messi Encapsulates All That is Good and Bad in Football It is a fascinating insight into how the Argentinian genius came to dominate a huge club and its method of playing and paying.
On his game he is the best thing in the world to watch and the best and most desirable player on the planet.
But these factors bring issues in the madness that is football economics.

Here are some nuggets from the book.

‘This also meant every other Barca players demanded to be paid more to keep up with him’.

‘At the same time the side famous for ‘Mes que un club’, (more than a club, the Barca motto) morphed into Messidependencia’.

A strange entity where financial and football dependence on a man intertwined and became all pervading.

Along the way Barca, the team, lost the earlier style, balance and excitement from the original Johann Cruyff re-model.
Bit by bit the team focussed everything in the final third through Messi.
At the same time he stopped working as hard when the team were under pressure.

The club debts soared from wages and transfer write-offs, after their stars stayed on, aged, and had little sell-on value.
With  an estimated 700M euro player budget pa it was a good place to be even a squad member.

Current Barca debt is thought to be around 1.2 Billion euros.

The stark reality is a period of consolidation and prudence is required but the danger with winning less trophies is that foreign revenues and support which rely on success and profile would diminish.

Other ‘world aspirant’ competitor clubs have deeper pockets, and one came along this week with a deal that even Man City couldn’t match.

Paris Saint-Germain are a new club, founded by a super charged, and crowd funded merger as recently as 1970.

Although PSG currently have only the 7th highest revenues in the world, they are the wealthiest club with the deepest pockets.

Having previously paid the highest transfers to get Neymar and Mbappe they have now got Snr. Lionel on a free transfer.

But he isn’t coming for free or for the love of the game.

The reality is Messi is not a poor man and could have played anywhere but the deal his father negotiated with PSG is an eye-watering $30M signing on fee to match the number 30 shirt he will wear.

In addition he will get a % share of his player image sales on merchandise and $41M plus bonuses in his annual pay packet.

PSG have said they expect the little Argentinian will put their revenues into hyperdrive and quote that when Ronaldo signed for Juventus in 2018 that $60M of his shirts were sold in just 24 hours.

And Calum Kennedy’s song fits here too, and yes, it is all nonsense.

A stark reality is that there is very little in the entertainment business today where people will stop to watch something together at a set time.
That makes marketing to them increasingly difficult and expensive.

We have already seen that the new generation want to watch and listen when it suits them, not when the media companies want to schedule their output and adverts.

But sport is different, and we’ve already seen ‘investment corporations trying to buy into sport and sports because it is a ‘day and date’ opportunity.
It is about, watch now and together.
That puts sport into the money-mens’ cross sights and not just football.

The 6 Nations recently sold a 14.3% share of their tournament for £365M. to CVC a self-proclaimed world leader in private equity and credit working out of 24 local offices.

The Spanish CVC office is now behind a move to pay 2.7 Billion Euros  for a 10% share of La Liga’s future commercial rights.

Real and Barca don’t want that to happen and think it is being undersold.
Real are now undertaking both civil and criminal lawsuits against the president of La Liga, Snr Javier Tebas Medrano.
Its live as I write and the two clubs also want to ‘annul and nullify’ anything that might have been agreed at La Liga Assembly held yesterday on August 12.

Money is all over our sport, wanting a piece of the action, and it is seldom for the better.

Chinese sportswear company Peak have joined cinch on the ‘not so happy bunnies’ football sponsors bench.
It seems that the victorious Brazil team, playing, and winning, a competition that doesn’t generate much excitement or interest, wore their Nike sponsored shirts from the CBF (Confederation of Brazilian Football) rather than the Peak sponsored COB tracksuit top (Committee Olympic Brazil) at the medal presentation.

With no sign of resolution, I’ve heard the SFA have offered their ultra-confidential but never very secret arbitration process on a ‘mates rate’.

6. Hurry Up Harry, Season Starts on Sunday and Your Clubs Are Playing Each Other

In a week where the final accounts were filed by Newcastle it seems the English Premier losses last year didn’t quite hit £1Billion.

Newcastle’s sterling loss at £26M gave an overall league loss of £992.1 Million.
In the meantime the madness continues with Harry Kane allegedly now ‘worth’ £150M.
And as it happens Spurs are playing Man C on Sunday.

Other reports state he might just have been angling for a new deal to stay in the capital.

He will be a winner, financially, either way.

We started talking regularly and in amazement about the ‘Mulholland Cul De Sac’ and what was the “talk of the steamie’ in legal circles over a year ago. (You’ll find it in our Sting archives)

This week the press woke up, partially, when told that Charlie Greene agreed a ‘deal’ with the Crown Office Scotland the night before Lord Tyre was due to hold the 8 day ‘proof’ hearing.

Charlie settled and once again the prosecutors rolled over, paid the money, paid the legal costs and had their tummies tickled too.
There was no mention at the time of this agreement being reached about his case against Police Scotland.

It has since been (under)-reported that his lawyers had also sued Police Scotland, but that his action against the force had been dropped.

That doesn’t smell quite right to the people I’ve spoken to.

Kind of makes you wonder about what is really going on behind the scenes and why?

I can think of £100M reasons for an honest and open public enquiry about it all because this is our money.