First well done to Gio and his Rangers team for deservedly reaching the semi-finals of the Europa League.
RB Leipzig in Germany on the 28th with an Ibrox second leg on May 5th.

then play off against Wales on June 5th.

Both dates are deeply symbolic and positive for Scots.

On the 1st of June a Scottish Monk, John Corr is said to have distilled the first ever batch of Scotch whisky.

And who can forget the 5th of June 1975 when the SAHBs blew The Who and their irrelevant lasers off the stage in front of 35,000 fans at Parkhead.

Putin Has Plans to Disrupt

Ukraine were rightly excused the first play-off date because of the fundamental inconvenience that Russia wants to absorb their country.
If you’ve been on the moon this is because the wee Russian ‘President for Life” has a personal, and very hungry ‘Eurasian’ fantasy, i.e. he wants to reconstruct the Joe Stalin post-WW2 USSR, plus controlled other nations entity.

Mr Putin’s war in Ukraine hasn’t gone away and won’t any time soon, certainly not before June 1st which is only 46 days away.

A Moscow victory parade on May 9th is craved and if he doesn’t get that, which is likely, then throwing all he can muster at this self-induced problem will come next.

In the meantime, there is some hope that a game could happen.

We have been told that Dynamo Kiev have relocated to Romania and are planning a ‘peace tour’.

The club believes that football can help heal a bleeding nation.

Kiev’s coach, 76 year old Rumanian Mircea Lucescu has most of his players with him in Bucharest and it is said they are there with the blessing of President Zelensky.

The current plan is to play Galatasaray in Istanbul and then to play FCSB in Bucharest followed by a game at Borussia Dortmund and possibly even Man City in May.

This week, Coach Lucescu said,
“This is not about football, football is just our vehicle. My dream is to play in all the countries that showed support to the Ukrainian people during these times. We must not forget. We must not go back to our daily routine and forget about Ukraine. These games come to honour the victims and to give hope and comfort to all in Ukraine.”

In the meantime, there are reports that some Ukrainian internationalists are in active frontline service.

So, the reality is that Ukraine could fulfil the fixture with a WW2 style ‘International Select’ but not the team that would have been picked.
Surely football can collectively do better than that.

What is the Uefa Contingency Andy?

As it stands Uefa publicly expects Ukraine to fulfil something as trivial as a football fixture while fighting for their very existence.

Madness, but it solves Uefa’s and Fifa’s Ukrainian problem.

And as to whether Uefa have a real plan for the likely reality of the game not happening, then your guess is as good as mine.

That wasn’t part of the press briefings this week and, shame on our journos, nobody seems to have asked.

My cynical side says that if Ukraine don’t make it to Glasgow, then they will simply forfeit the tie.
That is easiest for Uefa and Fifa.

But I’d like to believe there is a plan B where Ukraine are looked after.
I’d also like to think Scotland, Wales and others have asked Fifa to ensure that Ukraine are not boxed in.

And I’m not sure why our SFA are quite so silent on what they are thinking or have agreed will happen not if, but when.

I think fans need more openness from those paid to run our game.

A sold out Hampden awash with fans, the prize, a trip to Qatar via Cardiff.

The teams line up for anthems and the World, including every Tartan Army foot soldier gives it Laldy.

Believe it or not the translated words say, ‘Ukraine Has Not Yet Perished’.

Scenes of Hampden playing out all over the world with Ukraine playing for their very existence and Scotland the potential pantomime villains.

Not an easy game for Steve to get the boys in the right frame of mind.

Windsor Park Belfast had over 15,000 fans for a televised match of the Northern Ireland Vs England’s Women’s teams.

There has been a lot of twitter stuff by people who like to be offended, but here is what he said.

“In the women’s game, you’ll have noticed when a team concedes a goal they concede a second one within a very short period of time.
Right through the whole spectrum of the women’s game, because women are more emotional than men, so they take a goal not going in very well.
So if you watch, if you go through the stats – which journalists love to do, go through the stats, and you’ll see teams conceding goals in 18 and 21 minutes and then in 64 and 68 minutes. They group them because that is an emotional goal”.

The match stats disagreed and showed that his team conceded in the 26th but then held out the 48th with England then scoring 3 in a 7 minute spell.

Kenny, England were just the better team and your dam eventually burst.

That happens in football.

It’s all about talent and fitness and shape.

Not Kenny’s finest moment and I hope a lesson for many.

Last week there was a stooshie between the Scottish Women’s Senior team and the SFA.

It started as a squabble about the way the SFA sell Hampden seats section by section rather than where paying customers want to sit, and came out as a fight for proper equality.

The girls were right.
Our game should be investing much more in this vibrant and growing sector.

I hope the lesson has been learnt and we start to invest in this whole sector from grass roots right to our elite squad.

This week saw a new Hampden record crowd for a competitive fixture.
Spain are ranked 7th in the world and we had lost 8-0 over there a while back.
The girls showed real improvement this time and played well in a 2-0 defeat.
Erin Cuthbert was superb in midfield.
We are now slated to meet Ukraine in June, (same issues as our men) and then finish against The Faroes and a play-off spot is possible.

The challenge to the SFA is to find a way to fill the 40,000 plus empty seats.

Our team deserves some new thinking and some real long-term vision and commitment.

Thanks to BBC Alba for the live coverage but why for programmes like this is there not a full English language commentator option available?

4. Semi Final Tickets and Why John Has 3

Let’s look at some ‘Facts of (Scottish Football) Life’.

Everyone who has ever been to Hampden knows that any ticket in sections A, B, F and G are behind the goals, too far from the action and if you have anyone above the height of 5ft 10 in front of you, you will have an obscured view because of the low step height.

Hampden simply has good seats and less good seats.
But somehow they all get sold at the same price from whichever block the ticket office is selling.

Unlike concert or theatre tickets Hampden chooses to sell seats by pre-defined non-choice based criteria and fans get what is sold rather than get the right to choose.
A kind of ‘this is what is next in the pile so take it or leave it’.

Semi-finals also have a habit of being played in Glasgow at a time that suits the TV company or pay per view organisation rather than the fans.

And tickets for semi-finals are priced the same for both matches even if one is a guaranteed sell out and one predictably less popular.

This week will see a pay per view Sunday sell-out between the Glasgow rivals where prices could have been slightly higher.
The Saturday Edinburgh derby game is early, will not sell out, and more tickets could have been sold if there had been some imagination.
The kind of thinking that a wee club like ‘Barca’ used to sell out their women’s Champions League quarter final

Anyway, what has this to do with my pal, ”Three Ticket John’?

His first ‘take it or leave it purchase was far from the pitch.

His second was slightly better but watching each day he eventually got a brief in what he thinks is a better seat. 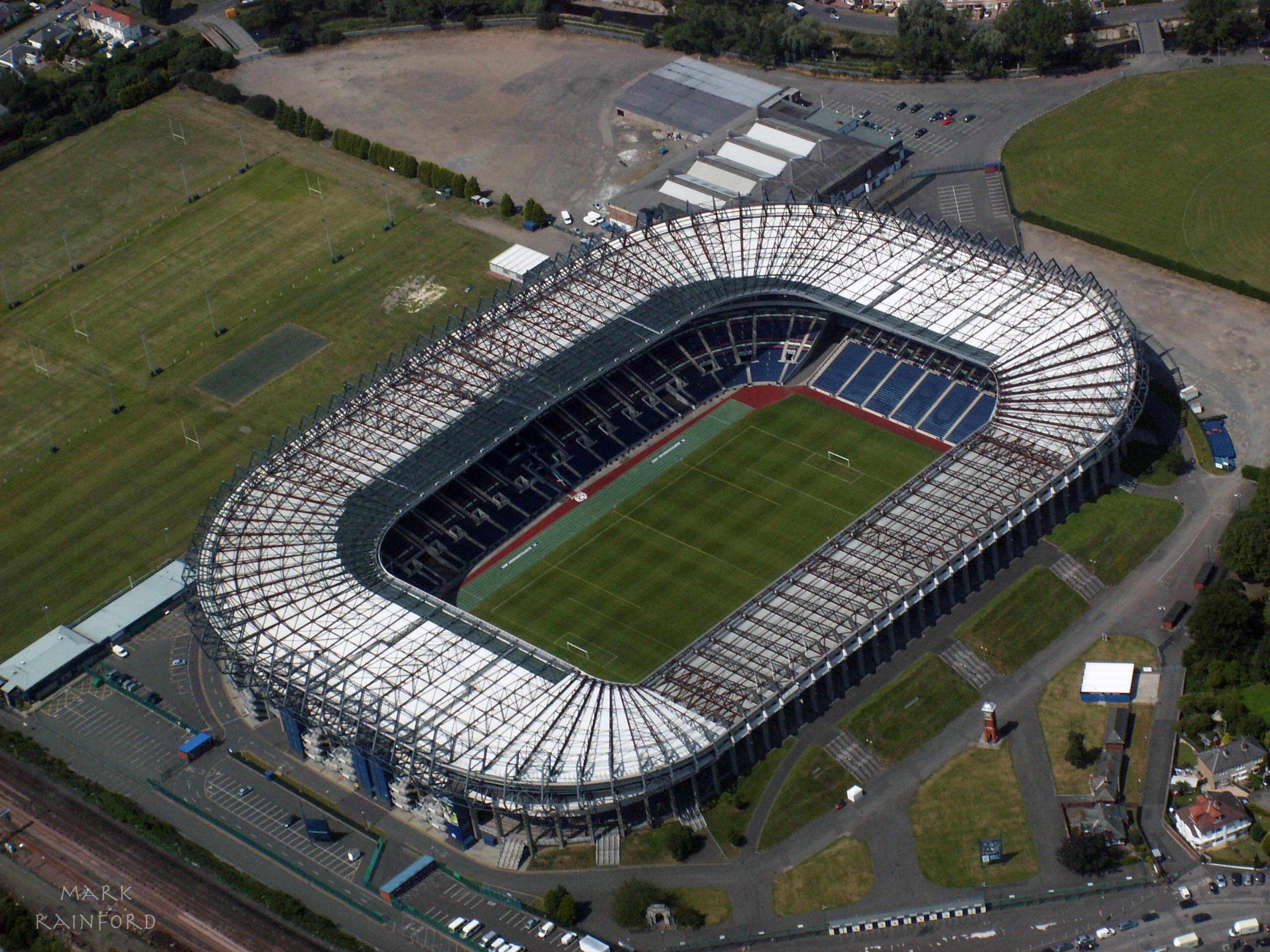 All stand tickets there used to be the same price.
Now these crafty, oval-balled, ‘numbers-men’ segment the face value so that the best seats cost more.

He who want’s the best view pays the most.

It’s not a lottery.

We can learn from that.

And if we charge our best seats at a premium there will be room and scope to be creative with the lower rated seats.

The vote is next week.
I’ve been told the leading proposal is for a sliding scale where 1st in the league pays 16.29%. and last pays 6.69%.
It would come out of prize money.

That’s one way to deliver the programme.

Another would be equal payments per club.

Maybe looking for a sponsor could be the answer?

Another might something else if we open up the debate and bring in outside thinking?

Scottish football needs VAR or we’ll be left behind.

I hope our clubs see the bigger picture.

6. Champions League and “The Scum of Europe”

I read last week that the Champions League is now playing out for 354 days of the 365 available.

It is not a real Champions League and hasn’t been for years.

I’ve said before that all the wee countries should unite and if they did, they’d discover their tv audience is larger than the big 6 who dominate.

They have to collectively break the circle of money that perpetuates the success of the big guys.
As of now we have all been divided, well and truly conquered  and our coefficient cards mostly heading south.

I first heard about this particular club in April 1974 when they were drawn against Celtic in the European Cup Semi Final.

They were brutal and shameful in the first leg at Parkhead.

Ruben Diaz, an Argentinian international defender who played that night said years later when asked to talk about the game where he was one of three Atletico players sent off.

“I cursed myself for years about my tackles, but I can’t change anything. I meant no malice. I did it for the team. We knew we’d acted poorly but we still got a draw at Celtic Park”. (And won the second leg 2-0 to reach the final).

Billy McNeil said in response, “Real were the aristocrats of Europe, Atletico the scum. Just mentioning them fills me with revulsion”.

Fast forward to this week and in their still-new, Estadio Wanda Metropolitano, in front of nearly 68,000 fans, we saw more than a hint of Atletico of old.

All that ability yet choosing the dark side then and now.

I hope Uefa has the cojones to follow through and do something for football’s sake.

And well done Man City for seeing that football prevailed on the night, but it was a close thing.

Thanks for all the feedback – it is appreciated and often very entertaining.