This week saw our Scottish Tory 5 a side team give a right, good, old-fashioned thrashing to young soccer star and political upstart Marcus Rashford MBE.

Having already succeeded in embarrassing the same Westminster government into a U turn to feed poor and hungry kids across the lockdown, the Manchester United player was at it again.

Imagine the nerve of him.

His proposal for free school meals available for every child from households on universal credit in England went in front of parliament to a vote and led to a rollicking blue victory and revenge over the Manchester United loser.

Put him well and truly into his place too.

Every one a blue-jersey’ed hero.

“I have seen myself the difference that providing free meals can make. I just want to make sure no-one falls through the cracks and by giving this to all primary school pupils we can make sure the offer is there for everyone”.

Every bit as bold as “Bold Sir Robin” in Monty Python and the Holy Grail. 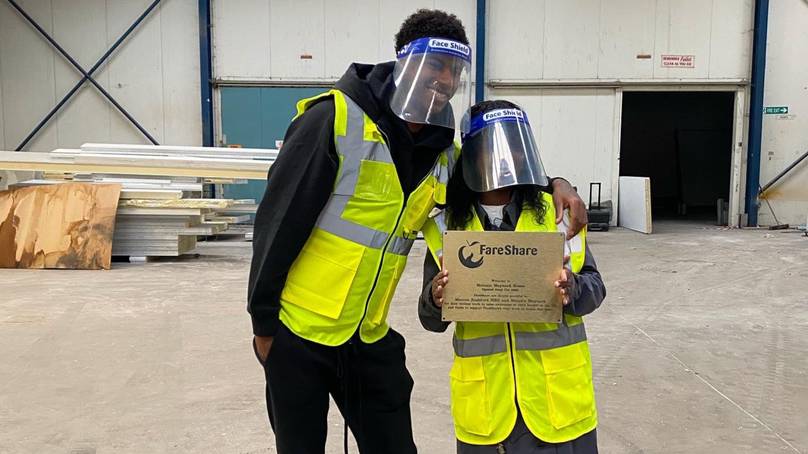 Maybe even an unlikely rethink from bold Mr Ross and his crack team.

Mr Rashford and the hungry kids won’t go away and we wish him and them well unless he is playing Scotland in his England shirt.

Keymar Raises The Roofe in Liege

On a miserable November like evening in Liege where the ref could have called the game off after Rangers took our Scottish weather with them, we saw a fine performance start to finish. With Rangers trying to close the game out Keymar Roofe collected the ball, saw off challenges in a mazy forward-ish run and had the vision to see the goalie off his line.
55 yards of beauty flying through the air to the onion bag.

Magic no matter who you support.

You’ll find it online on Youtube and other sites and if you haven’t seen it and it’s worth the look and a few views.

But  3750 more fans were there than at the Celtic versus AC Milan game.

I wrote a couple of weeks ago how it is strange with the same virus and science that across Europe we have such a variance of science-led rules and that crowds are allowed into games from zero in the UK to 60% in Switzerland.

Likewise I agree with those of you who have commented to me on Kieran Tierney playing for Arsenal last Saturday when Ryan Christie was not allowed to turn out for his club.

Time and time again we ask for consistency and openness.

On Tuesday we were approached by ex Accies* player Sir Keir Starmer and asked if we could host an open discussion between him and some of our members.

After some to-ing and fro-ing we agreed we could and set a time for Thursday at 1pm.

We had made the point that although we have an ex first minister and a current SNP MP as active SFSA board members that we have no political alliances or allegiances and that we were fully aware that sport was a devolved matter.
That was no problem.

As a starting point on getting anything done we favour cross party solutions in the same way we are a broad church of different and different thinking fans.

We were told by his team we had been chosen for an interactive zoom because we were neutral and not linked to the SFA or SPFL and that Sir Keir wanted to talk and fact find about both broad ranging football issues and also specifics affecting our game right now.

He was joined by Angela Rayner and Richard Leonard.

There was no pre-agreed agenda and no rules of engagement.

We then opened up the call to you our members on a first come first served basis.
A fast response filled the available spaces with a mix of fans from big and small clubs.

I introduced the Zoomcast by outlining some stuff we have all been living with to set a loose agenda and you’ll find my intro below at the bottom of this blog*.

The hour flew by and is summarised on our website: https://scottishfsa.org/sfsa-first-fans-meeting-summary/

Sir Keir, Angela and Richard are all real football fans and definitely not from Roy Keane’s despised “Prawn Sandwich Brigade”.
Some of us had been a tad cynical but there was no need.
One of our attendees wrote to me afterwards and said “You don’t have to agree with their politics to know they want to help our cause and care”.

I agree and think without cross party political support we’ll never get the changes we all deserve.

One thing that Richard Leonard also raised during the meeting that doesn’t get the media attention it deserves was the growing number of clubs in the pyramid just below the SPFL who have taken the seasonal sabbatical option offered by their leagues.
He mentioned Shotts but Cambuslang Rangers, Auchinleck, Pollok, Cumnock, and Kilbirnie are all taking the chance to opt out of the real costs of running clubs.

Apologies too if I’ve missed any and good luck to you all – it is brutal out there and will only get worse.

Its not just player expenses and salaries but it’s the ongoing cost of referees, assistant referees, buses (because players don’t all have cars) etc.
Where are the SFA when we need them?

Where is the intrinsic support to keep our game alive from the bottom up?

With quasi lockdown social clubs are closed too so revenues are at an all time low.
I wish them all well but football is on the edge.

No showers after games is bigger than just football too.

The other particular issue on our Zoomcast that surprised the politicians and got a good airing was the way the Joint Response Group (JRG) operates in Scotland.

We are well used to the endemic secrecy the SPFL and SFA try to operate in but we would expect any organisation that includes governmental ministers to be more voter aware and more transparent.
That has not been our experience.

What’s Another Week on the Trail of the Lonely JRG Joe?

I’m smiling writing this thinking of how some of you tell me this is becoming a favourite part of my blog – because of the Laurel and Hardy clips.

Nothing wrong with something that makes us all smile.

Peter from Inverness even suggested that Maxie and Neil would make a great Laurel and Hardy Tribute act.
(They couldn’t get the dance right Peter but they do have comedic timing to perfection on occasions)

Anna from Peebles has asked if we can find the out of step marching sequence from “Bonnie Scotland”.
(We have it Anna, and it has tones of how we try to run our game, enjoy).

If you’re new to our wee JRG Saga

Our request for information was made on September 16th  to Joe Fitzpatrick our grand sporting fromage.

(That is more than 20 working days Joe).

I think it now dates back to when Bonnie Scotland was in the cinemas and Stan and Ollie were big stars.

Our Zoom call of members and politicians was first incredulous of the situation then unanimous that the JRG should be an open book and in the public domain or the government should walk away.

Maybe there should be fan involvement too?

We’re not difficult to find Joe.

No answers.
Ian just answer our 4 questions.
A simple “for the record” end to the way the pyramid was aborted.

Otherwise you’ll never wake up to a different radio alarm, a sprinkling of snow and a smitten Andie MacDowall.

Come back Maxie, the real Maxie.

As always my email is Andrew@scottishfsa.org

Welcome to the first of our monthly fan zoomcasts

Today our guest is Sir Keir Starmer who needs no political introduction.

A lifelong Arsenal supporter and football fan you might not all know the younger Keir also played for the Accies.

That is Homerton Academicals rather than Hamilton in the The Sunday PM league.

Sir Keir is joined by Richard Leonard and Angela Rayner also hopes to patch in later.

Why all this interest in Scottish Football Fans and how we think?

That’s a fair question from us to Sir Keir and we’ll come back to it I’m sure but let me set the scene a little.

Our game is in turmoil not just here where but further afoot.

Change is certain from the very top where FIFA and UEFA are now agitating over each other’s idea of a European League
As far as we know no Scots clubs are penciled in to the current elite speculations.

Down at the grass roots some of our clubs can exist fine on 200 paying spectators but without fans they are running on empty with home referee bills, 62 seat away bus bills players playing for free and no showers just some of the problems they face.

It’s been a strange 7 months.

We had a particularly Scottish Pantomimic lockdown of “Lost and changed” Dundee votes, court case relegations, time wasting task forces, broken pyramids, and failed “indicative votes” that sees our SPFL currently trying to run a multi million business without a mandate from its members who as it happens are the same people who actually run it.

Our SFA have paid lip service to change since the 90s and commissioned and ignored three expensive reports.

Two were completed by our own Henry McLeish.

One the Thinktank by Ernie Walker (And a cast of experts including Dutch genius Rinus Michels and others) in 1995 is now hidden well covered in the Hampden long grass.

Just 25 years yet the SFA who paid for it can’t even find a copy.

We also currently have a Joint Response Group (JRG) which is set up to manage our game during this crisis.

It is, we believe, comprised of people from SFA SPFL Scottish government plus others.

Have a look. Google it.  There are no available records in the public domain of who they are and what they do just a few well-crafted press releases when it suits.

Why would fans be told what is happening between their government and their authorities?
Why would us fans be involved?

We asked the Scottish Government for info on all our behalves over 6 weeks ago and we’re now over two weeks past the specified 20 working day response promised.

So lots to talk about but before opening up it is important to say the SFSA is independent and always will be.
Some people in our game find that is a threat because we represent a growing consensus for change which football cannot do internally.
We won’t all agree today.
We haven’t scripted anyone on this call.

Scottish Fans will seldom agree about anything because football is essentially tribal and pits us against each other.
That doesn’t mean we can’t work together for the common good.

When prodded enough we abhor the secrecy that exists throughout our game and can see it has been used as power to divide and conquer.

We almost unanimously agree we want Leadership, Fairness, Consistency and most of all Transparency.

We don’t think these words fit well with football in Scotland today.

Scottish fans want our Scottish Champions to play in the Champions League proper against all other champions.

We want the Kieran Tierneys and Ryan Christies of our world to be treated the same on a post covid Saturday.
We want to know why 3750 fans can watch Rangers tonight in Belgium, and 0 Celtic in Scotland.

Sir Keir you will hear honest input and answers from the group we have today.

We represent many different and diverse clubs but deep down know we are all living in that timeless Dave Allen joke.

“Well we wouldn’t be starting from here”.