The league cup final went ahead with Hampden full and buzzing.

Crowded trains, buses and local tv venues and homes ahead of, during and after.
Contravening the 3 household request and ‘who opens all the windows in a Scottish December anyway?’

Wham.
Omicron is so transmissible that after one 60th birthday party in Hull it was reported that 16 of the 18 attendees tested positive. (All had seemingly had at least one jag, some 2 and some 2 jags and a booster.)
It was also reckoned that one in 40 in the UK are currently Omicrom positive and can pass it on even if it doesn’t make them ill.
Pro-rata that would have given us over 1000 spreaders at Hampden last week and many more in the communities watching the match together in heated and sometimes under-aired venues.

Tuesday morning saw hurried cabinet discussions at Holyrood because the numbers were worrying and best advice at the time screamed out to act now.
The outcome was never going to be anything other than wide restrictions after Wales had announced swingeing controls on Monday night.
Not lockdown, but still a distinct sea-change for the hospitality, entertainment and sports sectors.

Early rumours for what was coming football’s way were not good news but not totally negative either.

Thankfully the Scottish Government were not looking to close-down the wee clubs like happened last time.
After nearly 2 years of constantly lobbying them on your behalf that is a glimmer of hope that the machine at Holyrood sometimes does listen.

We first heard that sports crowds would probably be cut to around 2000.

That kind of number was certainly dreadful for our top clubs.
But at the same time it would have allowed most below the top two divisions, and all community outfits, to carry on, safely and almost as normal.

We were still gathering our thoughts and response to the projected 2000 number when suddenly we heard it was now more likely to be 1000.

The science behind these totals might have been shared with the JRG but not with the fans or us.

None of it was positive for the game but 1000 fans was still just about bearable for most clubs below the championship.

I had started writing our social media statement to update all our members when Nicola then stood up in the chamber and the number had now somehow fallen to just 500.

The last cut was the deepest

An almost unworkable number for all SPFL clubs and for some in the pyramid below too, with busy Festive Period games and seasonal crowds anticipated.

A fast-changing situation with more questions than answers.

Like ‘how would any club pick 500 fans out of the thousands of tickets already sold for the festive derbies?’
‘What would happen to catering given the new guidelines?’
‘What next, after 3 weeks, and what were the agreed criteria for exiting?’

These questions and more were also being asked by exasperated and worried clubs.

Our club chairmen deserve real credit for quickly suggesting and discussing that bringing forward the planned winter lockdown might be the best option.
Somehow this was agreed, and Hibs’ owner, Ron Gordon deserves special mention for getting it over the line.
I’ve been told it was a close run thing.

Football usually stumbles when making common-good decisions but after a bit of juggling and a few compromises we seem to have a plan that will ameliorate the short term, unforeseen, revenue black-holes that were staring Scottish football head on.
But uncertainty abounds and that is not helpful for any business.

The SPFL Lower Leagues Decide to Play On

Our three lower leagues reluctantly decided to accept ‘yet another new normal’.
Just 500 fans, coupled with  severe restrictions on catering and hospitality, for the next three weeks was a tough choice. But at least there is some certainty.

I heard Iain McMenemy from Stenhousemuir on BBC Scotland and could tell that the options had been well debated.
Iain said, when faced with no better alternative, that the clubs opted to take the pain.
Well done guys and good luck.
I think the fans will support you all.
In the meantime here is a plea to our secretive JRG on behalf of all clubs and all fans.
(I ask this knowing full well that we’ll never know if they listen because the JRG, as a law unto themselves, just don’t seem to understand that transparency and fan support would boost their cause.
Everything they do should be a matter of public record and discussion. Indeed the government should mandate that all its own discussions with the JRG are on the record).

So anyway, our simple requests from the SFSA to the JRG.

‘Please sirs we want more and we want you to do more.

Please revisit the arbitrary 500 limit with the Scottish Government as a matter of urgency and priority.’

Please do this every day it is mandated and operational.

Please tell us who you have asked in the Scottish Government and the response you get each day’.

Enough pleases to sink a battleship.

It is that important for many clubs.

We know the original plan was ‘sort of’ 2000 fan limits and that 1000 was the first compromise.
Both must have been based on scientific recommendations.
‘Please share the science with the fans’.

Those 2 numbers gave crowds closer to normal for most clubs. Much more business-friendly than the 500 we were given and changing the number upwardly will make a huge difference.

On our behalf also ‘Please ask why clubs in England and Northern Ireland where vaccination and booster levels are similar to ours have not been reduced like us’.

We at the Scottish Football Supporter’s Association think it is eminently reasonable that the Scottish Government should reassess the number constantly based on the science as the information bank swells.

And we ask both the Scottish Government and the JRG to keep fans in the loop.

(And no, I am not in league with Boris)

There is no doubt that Omicron is a more transmissible Covid strain.
What isn’t known is how severe the illness that comes with it and, per se, the impacts on our health services and population.

We do know the numbers of double-vaccinated and boostered members of the public is growing and early reports from both the UK and South Africa are hopeful that the bottom line impact may be significantly less severe than the earlier variants.

Subsequently to Nicola’s announcement, on a Radio 5 Live Drivetime show, I mentioned on air that our new 500 fan limit was as an understandable precaution but that it had been taken ahead of the science.
Tony Livesey, the presenter, thanked me and said Boris had said the same.
So for once we were in agreement, me and Boris.
Maybe he’ll quote me at Westminster too.

(Maybe not, and I guess even a broken clock can be right twice a day).

We really have to welcome and demand the science and what it tells us whether it is worse news or as many suspect slightly better news.
And I’ve also been told there is no science behind the ‘3 weeks’ length of the sentence, hence our request to seek earlier changes and upgrades. 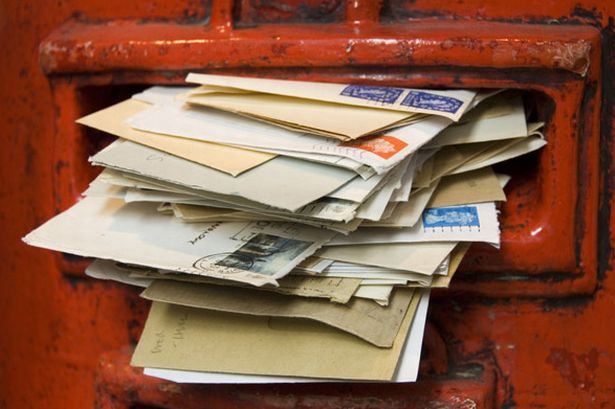 From my postbag one thing I know you value is that the SFSA represent fans openly and honestly.

We are a volunteer organisation, don’t take anything out, and will constantly fight to make the game better and help move it from its current ‘self-interest’ rut into a progressive, integrated, forward-thinking and looking entity.

In the chaos of this week, and throughout the media frenzy, many of you have thanked us for being a constant and trustworthy voice of sense and calm and we know the politicians listen to and value our collective grass-roots balanced views.

The SFSA will always be free to all fans.

We are your organisation and will never charge for membership.

We will always represent your views because we constantly ask for them.
A very rare scenario in our game.
And we know that fans, when they come together, can and do, see the bigger picture.
Something our clubs are not particularly good at because of the camel of a system they work in and the short termism that prevails.

Help us grow too.
The more fans who are members the more we will get listened to.

Please spread the word, and ask your friends and family to join us and help us continue to give a voice to the real stakeholders in the game.
Sadly football has never valued the voice of the fans, a huge mistake, and a re-occuring ‘Groundhog Day’ own goal.

You can join us here, its free and always will be: Join over 70,000 Scottish football fans and let’s #reclaimthegame – Scottish Football Supporters Association – SFSA (scottishfsa.org)

And cast your votes.

Our annual Awards in association with two amazing and deserving sponsors ‘Back Onside’ and ‘GamTalk’ are live.
Please have your say.
And thanks, Peter from Dingwall, for your vote for ‘Sting’.
At least I’m not ‘grannied’.

Nicola’s announcement means that a vital fundraiser for Back Onside, a mental health charity helping people through sport had to cancel a 9th of January indoor football match against Oriam Scotland Select.
Arbroath’s Dick Campbell, Robert Douglas ex Dundee and Celtic Keeper and Michael Tidser of Kelty Hearts were among the football family supporting the event.
People in football care.

There will be a new date but the charity in the meantime is still providing a vital service that saves many lives.
‘They offer real support to a demographic that often hides emotions and pretends that everything is alright.’

They need the money the game would have raised to help people like us and they will also need it when it is rescheduled.

And this is a charity where the money raised really works hard.

Please give, if and what you can.

You can donate here: Back Onside – JustGiving

As I’ve said before, making a difference is indeed everyone’s job in football.